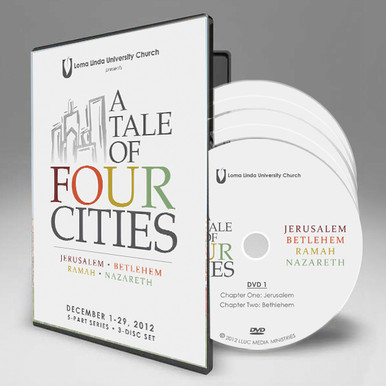 "Can some of the key themes of the Christian and Christmas story be told through cities central to the tale? A Tale of Four Cities suggests the answer is yes. Join us as we travel to Jerusalem, Bethlehem, Ramah, and Nazareth, and learn with us the eduring lessons of Christmas."

This set contains 5 sermon's, all by Pastor Randy Roberts, and any included relevant sermon material (View from the Pew, Introduction videos, etc.).

This series is a 5-part series and is sold as a 3-disc set.