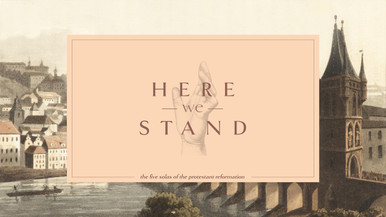 It is believed that on October 31, 1517, Martin Luther nailed the 95 Theses to the door of the church in Wittenberg, Germany. Thus, 2017 is believed to be the 500th anniversary of the beginning of the Protestant Reformation. Despite the fact that it was such a seminal event in the history of Christian faith, I suspect that many of us don’t know much about it anymore. If you’re curious about how just much we do know, just ask a friend, “What do you know about the Protestant Reformation? What was at stake? Who were the key figures? What were the important issues?” It would be interesting to know the responses that would come.

My prayer is that this series will provide us with an important connection to our past heritage and help us to recognize more clearly our identity today.