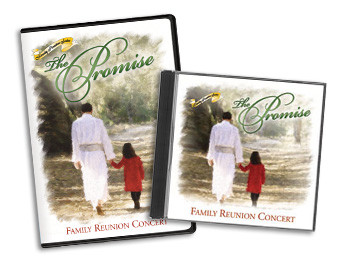 Where in the world do we go to find stability in a time when everything seems to be crumbling around us? Broken promises seem to be part of our lives. Can we still allow ourselves to trust?

Can we allow ourselves to be vulnerable? In a world of constant change, there is one absolute constant. God. When He promises you the world, He offers you the universe!

You can trust Him to do all He says He will do, and more. The same God who walked those dusty roads of Palestine many years ago, working miracles for desperately needy people, still works miracles today.

He’s as good as His Word.  The Promise is ours!  Second half of the Orlando, Florida concert released in 2004.