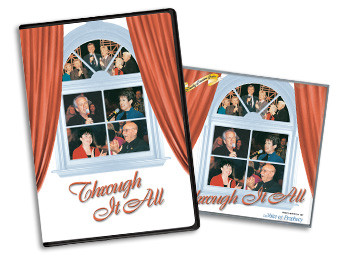 God's messengers often endure hardship and trials as they proclaim the Good News of the Gospel. The process is like that of the refiner's fire -- the trials and hardship often produce astonishing character and enourmous faith. Faith from the knowledge that Jesus was there all along!

You'll gain encouragement and comfort as you listen to the music and testimonies of our Voice of Prophecy Family Reunion singers as they portray how, "Through it all -- they've learned to depend upon His Word!"

The 17 songs include a special feature "When They Ring Those Golden Bells," sung by Ray Turner, the original bass in the King's Heralds Quartet of 1937.