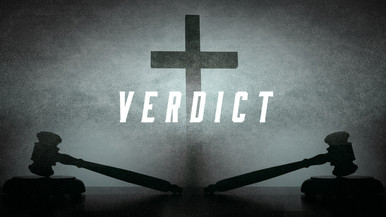 One simple reality binds these individuals together: they either actively avoided making a decision about Jesus, had been superficial in their thinking about him, or had never encountered him until Calvary and, as such, had not had to make a decision about him. But, whatever the specific realities of their individual cases, it wasn’t until those final hours of his life—or immediately after his death—that they came face-to-face with that reality—the cross demands a verdict. They had to make a decision about him. Was he the One sent of God? Were his claims to be the Son of God valid? Did he have a right to sit on the throne of their hearts? Were they prepared to respond in the affirmative to his call, “Follow me”? As we take this journey together, we will discover that today, as then, the cross still demands a verdict. We cannot come to this hill called Calvary, truly experience the events of that fateful Friday, and walk away unchanged. We, too, will have to decide what to do with Jesus

Part 1: The verdict of a maddened mob

Part 2: The verdict of a secret disciple

Part 3: The verdict of a midnight visitor

Part 4: The verdict of a casual accomplice

Part 5: The verdict of a dying criminal (Friday Service)

Part 6: The verdict of the empty tomb